When I was taught pronunciation as a student, and then later on when I started teaching it myself, a lot of classroom time was spent on vowel quality, sentence stress, intonation, weak forms connected speech, the omnipresent 'schwa' and word stress.

Here's the BIG news, though.

Research shows that many of the pronunciation features I mentioned above have little or no impact on intelligibility in international contexts. For example, some features of connected speech can actually lead to less, rather than more intelligibility. And word stress seems to have no impact at all!

I know - it sounds a bit crazy.

That's what I first thought when I learned about it.

Perhaps it sounds so counter intuitive, because when we look at course books and how they present pronunciation, there's a lot of emphasis on connected speech, weak forms or word stress. Just take a look at this example from Speak Out Elementary: 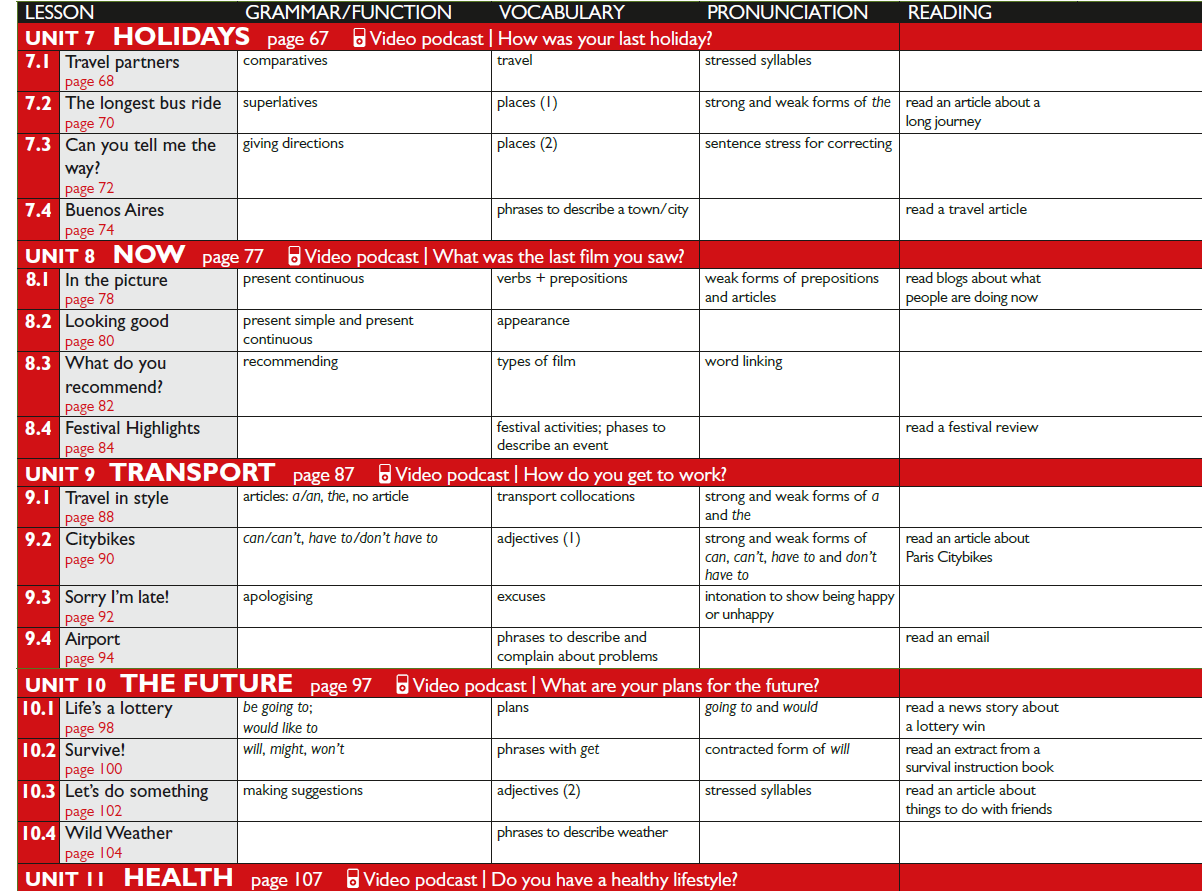 So out of the eleven pronunciation slots that we can see here, six are on strong and weak forms, two on word stress and one on linking words (feature of connected speech).

However, NONE of these are important for intelligibility in international contexts...

And this is just one example, but you can pick any course book at random and you'll get very similar results. Take a look at Face-to-Face Intermediate below: 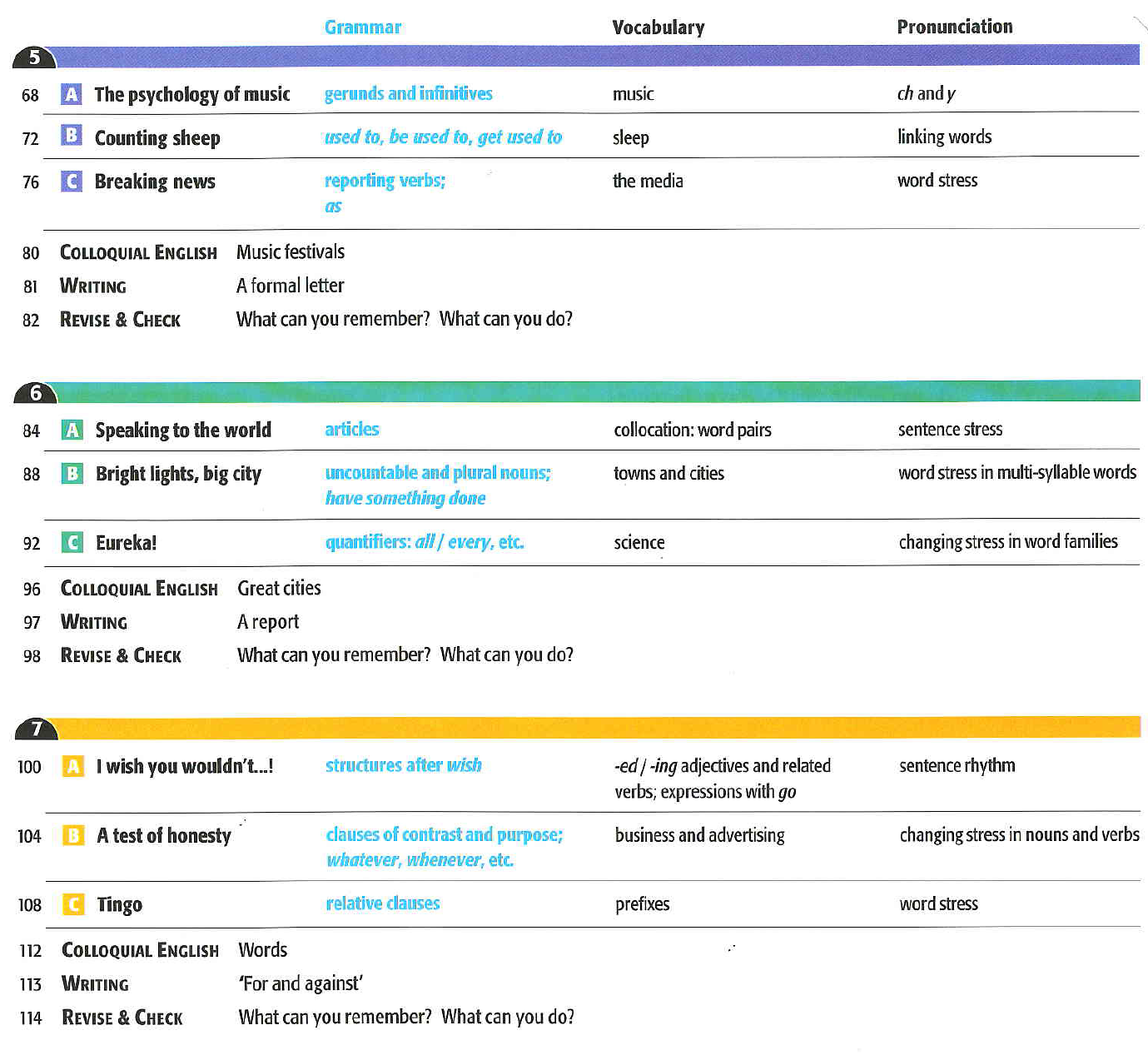 On the other hand, according to the same research, consonants are crucial.

So there seems to be a huge problem with how pronunciation is presented in course books.

To this, we've got to add the issue that the recordings used to model pronunciation are predominantly either Standard British or General American English (Tomlinson and Masuhara, 2013; Vettorel and Lopriore, 2013).

In reality, though, the vast majority of people who use English are 'non-native speakers'.

So why can't we have more of proficient 'non-native speakers' used as models of pronunciation for our learners?

This would be clearly more realistic and representative of the real English out there.

It would also be more achievable.

And possibly more motivating and relevant.

Laura Patsko has some great suggestions for how to go about it in this post.

Apart from using more 'non-native speakers' as models of pronunciation, I think we also need to rethink which pronunciation features we focus on in our classes.

As I mentioned above, research shows that word stress, weak forms, features of connected speech, vowel quality have no effect on intelligibility in international contexts. Yet, they feature quite prominently in course books.

On the other hand, consonants (apart from <th> sound), distinction between long and short vowels, consonant clusters and nuclear stress are all very important for intelligibility.

What I think we need to do as teachers then is to critically evaluate the materials/course book we use and give priority to the features of pronunciation that do affect intelligibility, e.g. consonants and consonant clusters. This could be combined with a needs analysis and a diagnostic test to identify which of these key pronunciation features our students find difficult.

So there's no doubt that there are numerous problems with how pronunciation is presented in course books.

And this is partly the reason why I created the on-line course English teacher's advanced guide to pronunciation teaching.

I wanted to give English teachers and course book writers a clear, practical, step-by-step approach to how we can teach pronunciation more effectively. An approach that would be based on solid research, but also rooted in practice.

So I was really excited when Lewis Lansford, an award-winning writer and the co-author of the Keynote series, enrolled in my course English teacher's advanced guide to pronunciation teaching.

I've spoken to Lewis about this issue before and I know he's been working hard to change how pronunciation is presented in course books, so that it reflects research findings as well as the lingua franca nature of the English language.

And I was even more excited when after finishing the course, he send me this video where he gives three reasons why he'd recommend the course to any teacher, trainer or materials writer.

So if you're a teacher, trainer or materials writer who's looking for a fresh perspective on teaching pronunciation and would like to learn a step-by-step approach that will help you save time, be more effective and motivate your students, then join Lewis and other course participants.

And to top it off, I've got a 25% discount on the regular course price available for the first twenty people. So grab it now while it's still available :)

And let us know what you think about teaching pronunciation and course books in the comments section below. To be able to comment, you'll have to log in in the top right hand corner. It'll only take two seconds, and we'd love to hear your thoughts :)